Granite is a plutonic igneous rock consisting essentially of quartz, feldspar and mica.

Granites are produced when magma with high silica content is slowly solidified at depth at high pressure. They are generally formed from significant amounts of magma that rise through the Earth’s crust due to their different density with respect to the surrounding material. Before solidifying, granites normally form magma chambers that can also feed volcanoes on the surface. Granites tend to be situated along pre-existing fractures and faults in the Earth’s crust. The rise of the magma is either forced or passive; in the first case the magma rises through its own strength opening fractures and moving material; in the second the stresses in the crust create spaces that are filled by magma.

Granite has been widely used in construction since prehistoric times thanks to the toughness of the material and its resistance to erosion compared to other types of rock. It is used as a covering for public buildings and monuments. Polished granite is very popular in kitchens due to its high durability and aesthetic qualities.

The Black Granite of Villar del Rey is one of the hardest and possibly one of the most beautiful stones in the world.

It is a very compact and extremely hard rock. Its natural colour is grayish-green when cut and bush hammered, acquiring a black tone when polished. The quarry is located in a unique geological formation in the world more than 5 km long. This is where the deposit is exploited, parallel to several seams of Palaeozoic slate. 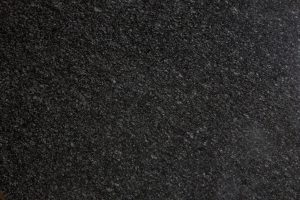 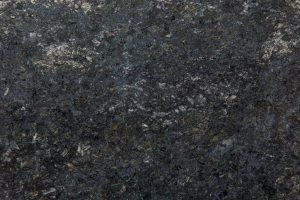 Their use is recommended for both interiors and exteriors due to their beauty and excellent technical properties. The most used finishes are: